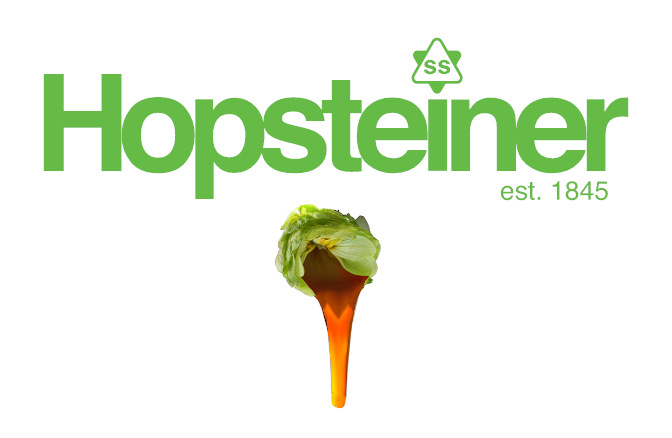 Hopsteiner has grown and processed hops for the brewing industry for over 170 years. It is one of the world’s largest independently family-owned hop suppliers and is recognized as one of the foremost international hop growing, breeding, trading, and processing firms. The Washington Beer Blog is happy to welcome Hopsteiner as a new sponsor.

Most folks in the brewing industry are familiar with the company, but last summer Hopsteiner released an innovative new product that I would like to introduce. Salvo™ is a new kind of all-natural extract that delivers pure, true-to-variety hop aroma with nearly no bitterness. It helps brewers create the hop-heavy, low-IBU beers that customers love while reducing the profit-sopping losses that brewers hate.

Salvo provides a concentrated mix of hop essential oils and beta acids without the alpha acids and vegetal matter, so it delivers pure, variety-specific hop aroma without the bitter bite. It is best used as a late kettle or whirlpool addition to partially replace leaf or pellet hops.

Hop extracts are nothing new but Salvo™ presents an innovative, different approach: it is pure hop. Using a carbon dioxide extraction process, soft resins within hop pellets are separated from the bract (the plant material). The resulting extract is then processed further to remove the alpha acids, leaving nothing behind but a concentrated mix of beta acids and essential oils. That’s it. Nothing is added. Brewers get the benefit of the hops’ natural beta acids without the bitterness of the alpha acids. They get the hops’ natural aroma and flavor without the yield-reducing vegetal matter.

Salvo is a yellow-brown, semisolid or moderately viscous paste that becomes fluid when warmed. It is available in cans ranging from 0.5 to 4 kg. Currently, it is available in ten different hop varieties, with more on the way. You’ll find a wealth of information about Salvo here.

Crystal Lake Brewing, a midsized brewery in Illinois, offers a testimonial. It uses Salvo in its Slalom King Rye IPA. It started as a trial but immediately became a standard practice. “It’s a beer that was always a huge hop load for us and we had so much loss in the brewery just because of the sheer volume of hops we were putting in the beer,” says Ryan Clooney, Brewmaster and Co-Founder. “As a mid-range brewery, every ounce counts. We knew we had to do something drastic to improve our yield.”

“It was a night-and-day game-changer,” says Ryan, pictured above adding Salvo. “We liked it so much we went right into production after the first trial.”

Salvo™ is currently available for the following hop varieties, with more coming soon:

Please join the Washington Beer Blog in welcoming Hopsteiner as a new sponsor. Learn more about the company and about Salvo at hopsteiner.com/salvo.