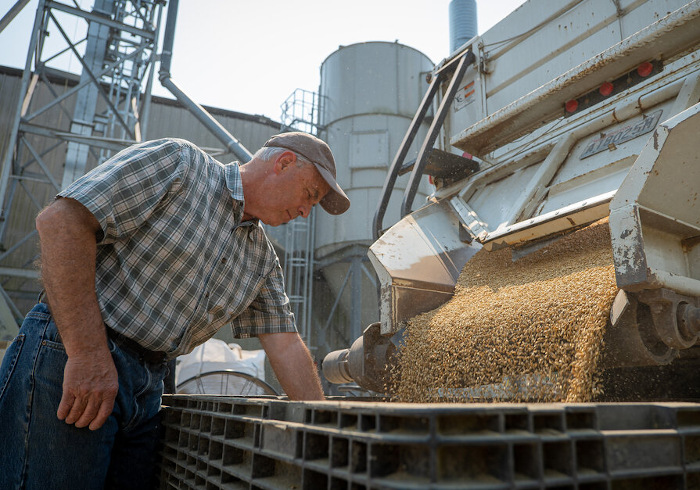 Another barley-growing season is wrapping up in the Skagit Valley. According to the harvest report from Skagit Valley Malting, this year’s harvest happened in three weeks of stops-and-starts as growers carefully timed their harvest around weather conditions. The little bit of rain Western Washington saw in weather forecasts over the last few weeks pushed some growers to harvest. The weather also delayed some growers who had to wait for fields to dry before harvesting.

“Moisture levels are the key factor in harvest timing and each day we had growers showing up for moisture checks to determine which field was ready for harvest,” said the report. “Since this grain has to sit in a silo through the winter and last us until next year’s harvest, moisture has to be low enough that it will not germinate in the silo, but high enough that it won’t die either. A bit of threading the needle to get it right on.”

As residents of the region can attest, in June and July the Pacific Northwest was covered by a heat dome and experienced spells of extreme temperatures. Like many other crops, barley does not like the extreme heat. With a high likelihood of heat stress, local barley growers worried about how the heat would impact their yields.

Because the Skagit Valley is located west of the Cascade Mountains and is so near the Salish Sea, which provides some natural air conditioning, local growers enjoy a huge advantage when it comes to the heat. The cooler air rolling in from the Salish Sea every evening and helps prevent drought stress.

“This year that air also prevented our barley from being heat-stressed and made it so the heat did not adversely affect the Skagit Valley grain crop,” said the report. “Unlike most other grain-growing regions in North America, our yields were good. There were also no forest fire smoke impacts! All in all a very good malt barley crop for 2021!”

Brewers, Skagit Valley Malting has some new products lined up for the coming year. In 2022, it will introduce two new varietals: Opera and Laureate.

“In conversations with a couple of our customers, growers, and our operations team, we decided to continue our pursuit of new flavors and potential by planting Opera and Laureate,” said the report. “Both are UK varieties that have taken off over the past four to five years and we’re proud to be able to offer them to our customers in 2022. We’ll have a full flavor profile and spec breakdown once they are released!”

“Barley harvest is a busy time of year for our team, but once our silos are full we have to wait for grains to come out of their dormancy stage. We’re looking forward to seeing what next year’s malt ends up looking like, but if the raw barley looks as good as it does, we’re going to have an awesome year of malting!”