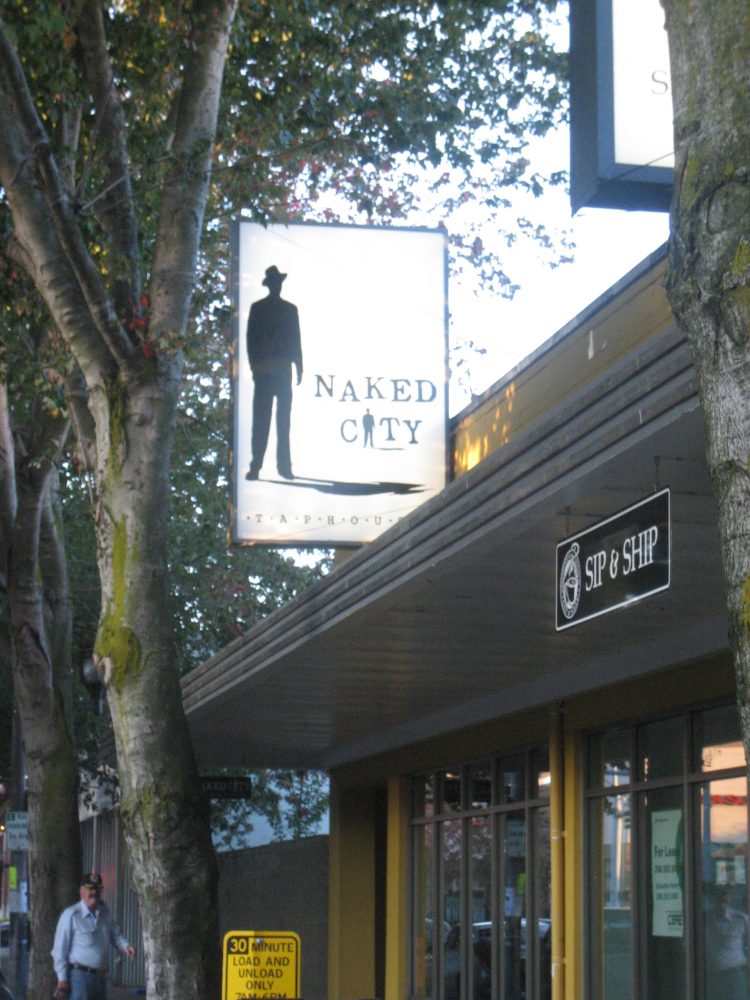 We’ll be there to report on this much anticipated event – the opening of Seattle’s Naked City Taphouse (and brewery?). They’re still working on acquiring the conditional use permits that will allow them to produce beer on site, but the doors will swing open and the entire world will be exposed to Naked City next Wednesday.

The focus here is going to be on the beer. They’ll be offering food as well, but it is only intended to compliment the beer experience. They’ll have 24 taps and an impressive bottle selection. The intent is to create an inviting, comfortable atmosphere that welcomes hardened beer geeks as well as craft beer newbies. To kick things off, they’ll be serving up a selection of exclusively Washington beers (all 24 taps). Naked City is located at the corner of 85th and Greenwood (8564 Greenwood Ave. North ).

Here’s the official announcement from one of the Dons (don’t know if it came from Don or Donald):

It is really happening!! Naked City is opening to the public this Wednesday, October 22nd at 4pm!!

The ‘Brewery’ itself is still in the permitting process and Don and Donald hope to have it up and running by the end of the year. This week, the Dons are going to brew a Naked City recipe up at Lazy Boy in Everett and will at least get a ‘teaser’ on tap soon.

We are starting out with a limited food menu with the main focus right now on the Beer and soon to be the Brewery. As things get rolling, the plan is to expand the menu, as well as the hours.

Meanwhile, there will be 24 taps featuring a wonderful variety of Washington beers and other fun stuff the Dons can get their hands on. There will also be a very nice variety (about 60 choices) of beers in the bottle!

Warm, welcoming, full of beer! See you there!!!