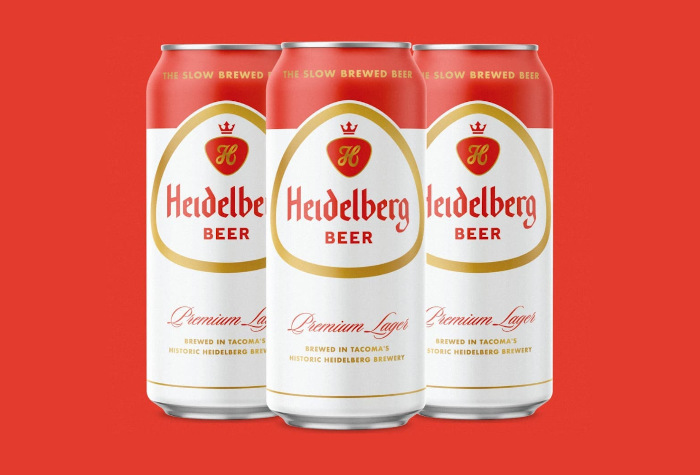 Heidelberg is an iconic Northwest beer brand that dates back to 1912 and disappeared about 40 years ago. Today, Heidelberg returns thanks to 7 Seas Brewing, which just announced the launch of Heidelberg Beer – Premium Lager. To commemorate the occasion, today (Oct. 12) at the taproom in Tacoma you can enjoy 16-oz cans of Heidelberg for just 0.35 cents if you bring exact change.

The statement on Instagram said, “Experience the slow-brewed beer for yourself at the inaugural release tomorrow, Tuesday, October 12th. We will be commemorating this occasion with throw-back pricing on 16oz tall boys all-day for on-premises enjoyment at both our Tap Rooms, $0.35 exact change only. We hope to see you there!”

What is Heidelberg and Why Should I Care?

Unless your family is new to the region, your parents or grandparents likely remember Heidelberg. Originally brewed by Columbia Brewing Company, at a facility that was at one time the largest brewery west of Milwaukee. Heidelberg was just one of the beers produced at the brewery, even after the name Heidelberg Brewing Company was formally adopted.

Today, what remains of the once-immense Heidelberg Brewing facility is occupied by 7 Seas Brewing. About five years ago, 7 Seas opened a brewery and taproom in what was once Heidelberg’s packaging and shipping building.

Although the 7 Seas location in Tacoma may seem huge by craft beer standards, know that the building is just one part of a facility that spanned many city blocks. The rest of the brewery complex was demolished a decade ago and is now home to the aptly named Brewery Blocks development: new apartments and condos set atop retail.

7 Seas’ Other Significant Link to Heidelberg

Meanwhile back in something closer to the present day, 7 Seas Brewing opened its second location in 2016, a new brewery and taproom at the former Heidelberg Brewing location in downtown Tacoma.

Cheers to 7 Seas Brewing for this nod to history. While Olympia Beer and Rainier Beer are now brewed out-of-state, the brands having been gobbled up by mega breweries, Heidelberg simply ceased to exist. Until now.

UPDATE after trying the beer… First, I had more than one. Second, I enjoyed it and brought some home. This new version of Heidelberg is reminiscent of beers of that era but in a good way. I can’t say that I have a really clear memory of how the original Heidelberg tasted, but this one is nostalgic and modern. A craft brewer’s take on the kind of beer that folks used to refer to as “premium lager.” Probably, seemingly, a more light-handed use of adjuncts.

I spoke with the brewer and was told that the recipe is their own since they didn’t know much about the original. The grain bill consists mostly of malted barley, with some rice and corn. They used noble, old-world hops. For many of you, that probably puts your head in the right place to imagine the flavor of this 4.0 ABV gulper. It’s crisp, clean, quaffable, and it tastes like beer in the same way that a labrador looks like a dog.