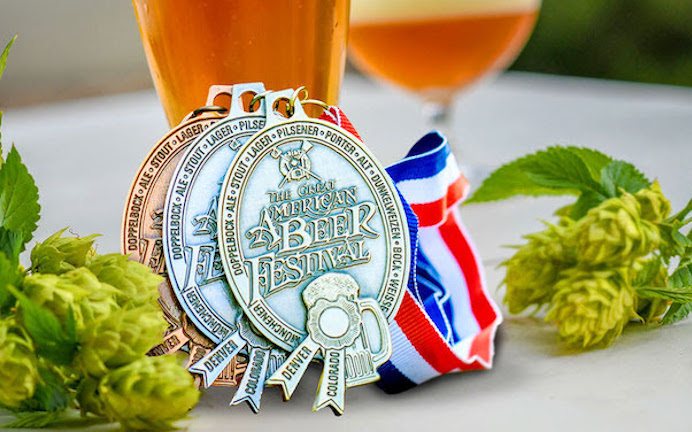 The judges at the Yakima Fresh Hop Ale Festival should feel a certain amount of validation. As one of those judges, I assure you it is not a task we take lightly. It’s a serious affair. As hard as we try, as certain as we are in our decisions, there’s always something in the back of our heads saying, “Did we get it right?”

Apparently, we got it right this year. The beer that won Best in Show at the Yakima Fresh Hop Ale Festival two weeks ago was just announced as the 2021 gold medal winner by the GABF. But that’s not the only local winner.

HUGE congratulations to Yakima’s Single Hill Brewing for earning gold! This is a big ‘un!

As most of you know, the Great American Beer Festival is the most prestigious beer judging competition in the country, maybe the world. Since the judging takes place prior to the event, which is usually in late September or early October, the fresh hop judging has to wait.

“This year’s GABF judging began earlier than ever before in order to host the GABF awards ceremony during the Craft Brewers Conference® in Denver in September,” explained a statement from the GABF. “To include the Fresh Hop category in the competition, judging was pushed to October to allow for the fall hop harvest and beer production. Judges from Colorado evaluated 83 entries submitted by 69 breweries from 14 states during three consecutive elimination rounds in a single day with health and safety measures in place.”

Results of this year’s GABF Fresh Hop category were just announced and Yakima’s Single Hill Brewing took top honors for a beer it brewed in collaboration with Full Throttle Bottles and The Bottleworks, two of Seattle’s premier bottleshops. Burke-Gilman Brewing of Seattle earned a bronze medal.

Here are the results:

BRONZE: Seems So Long Since We Walked in the Moonlight – Burke-Gilman Brewing Co., Seattle, WA