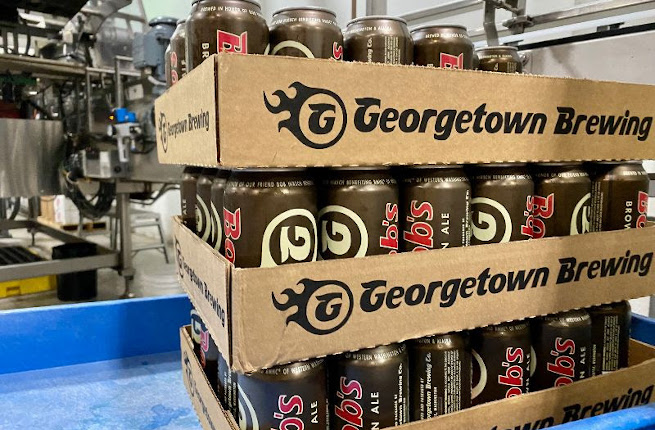 Expect to see Bob for Thanksgiving this year

Bob’s Brown Ale is the beer that Georgetown Brewing releases each year to raise funds for Ronald McDonald House Charities. They’ve been doing it for years and have raised a shocking amount of money for the cause. Read the story behind the beer.

Most often, in pandemic-free years, Georgetown Brewing releases Bob’s Brown Ale in the spring, but this time around they’re planning on having it available in time for Thanksgiving. Last year the beer was also released “off-schedule” in December when Bob’s Brown made its way into aluminum cans for the first time. Cans are back this time around too.

A newsletter said, “Our plan is to have cans and some draft ready to go right around Thanksgiving. As usual, 100% of proceeds will be donated to Ronald McDonald House Charities of Western WA and Alaska!”

For certain, the cans of Bob’s will be available at the Georgetown Brewing taproom in Seattle. Keep an eye on the company’s social media channels for more information.

Here’s something else you should know. Georgetown Brewing is once again offering a screaming deal on Manny’s Pale Ale throughout the Seahawks season. “That’s two growler fills of Manny’s for $12! (glass growler containers NOT included). *as long as they’re playing, the special will be active.”

For $12 you can score two growlers of Manny’s Pale Ale! I am not good at math, but that’s 8 pints for $12. Your glass! Bring your empty Georgetown growler and exchange it for a full one. You know this drill. If you don’t know this drill, learn it.