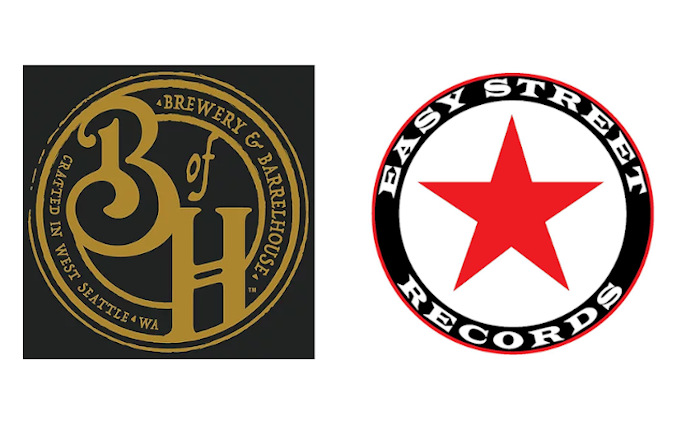 The beer is described as an IPA featuring Motueka and Azacca hops, with aromas of lemon and lime and a savory hint of basil. A medium-but-refreshing body offers flavors of lime, melon, and tangerine. Impressions of coconut and pineapple enter before a citrus pith and mildly piney finish.

Why You Should Care About Easy Street

As far as in-store performances go, the list includes local legends like Pearl Jam, Brandi Carlile, Macklemore & Ryan Lewis, The Head & the Heart, The Sonics, Mudhoney, and many others. On top of that, the likes of Lou Reed, Elvis Costello, Band of Horses, Orville Peck, Dierks Bentley, Kings of Leon, Patti Smith, Wanda Jackson, and… damn. The list goes on.

If you are any kind of music fan, come to West Seattle and visit Easy Street Records at the corner of Alaska Street and California Avenue. It is an institution. Now it is an institution with its own beer: The Bar is Open IPA by Best of Hands Barrelhouse.