Breweries within city limits. For other breweries in the Seattle area, see Western Washington Breweries. This also includes breweries’ satellite tasting rooms and some of the city’s better beer spots (bars, bottleshops, etc.)

It all started back in 1982 when Redhook opened in Seattle as one of the first craft breweries in America. Today Seattle is home to more than 60 breweries, with even more breweries in the surrounding area and more breweries are always in planning. Seattle is a city mad for craft beer. A city where the most popular draft beer is from a local brewery. That is, you’re more likely to find Manny’s Pale Ale on tap at the local bar than you are any other brand of beer, including those big national brands. People in Seattle are proud of their breweries and support them fiercely.

Any visit to the Emerald City would be incomplete without checking out some breweries. Our map of Seattle breweries is intended to help you navigate the 60+ breweries that currently serve the beer-crazed masses. 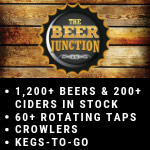 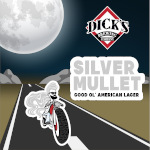 You’ll get a daily email containing that day’s news. Subscribe to get the Washington Beer Blog by Email