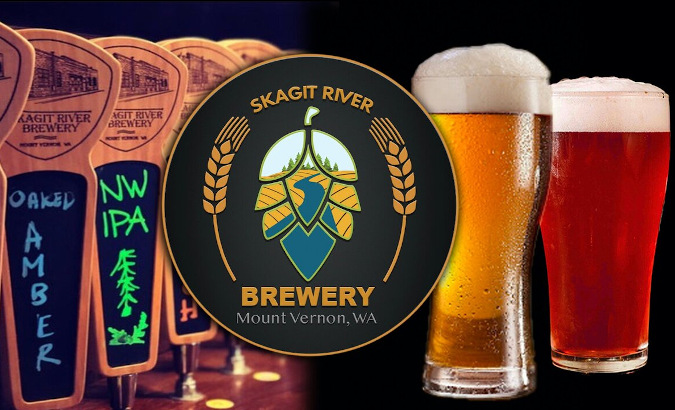 On the company’s Facebook page, the latest post from Skagit River Brewery says, “We are closed due to indoor dining restrictions placed upon us for COVID-19.” That post is dated December 3, 2020.

The statement is not surprising. Every restaurant and brewery in Washington is facing the same situation. They are closed for indoor dining because of the pandemic. Thousands upon thousands of restaurants across the nation are closed, too. What is surprising, according to the James G. Murphy Company, Skagit River Brewery is closed in the larger sense. As in, all of the brewing equipment and restaurant equipment is up for auction. The brewhouse, the fermenters, the ovens, the fryers, everything.

You can view the online auction page here.

Judging from recent posts on Facebook, as of a few weeks ago everything appeared fine. That is, as fine as things can be right now given the pandemic’s enormous impact on damned-near all businesses and individuals.

Whatever the case, Skagit River Brewery opened back in 1995, making it one of the oldest breweries in the state.

As far as I know, and without going into the details, the brewery stopped regular beer production a few years ago, focusing mainly on guest taps. I never saw an official announcement, but people close to the situation shared that information with me and that’s what I saw firsthand. Then, not too long ago, they did start brewing some beer. Now this.

Personally, I haven’t been to Skagit River Brewery is several years. I have not heard anything about the brewery either. No emails to inform me of the latest happenings, beer releases, personnel changes, and so on. I haven’t seen them at a beer festival in years.

I could say those same things about many, many of Washington’s 400-plus breweries. That kind of silence is not typically an indication of anything. Some breweries make more noise than others. Whatever the case, it is sad to see Skagit River Brewery show up on the auction block. It was a go-to brewery for a long time. A lot of fond memories for a lot of people.

If I discover more news about this situation, I will update this post or create a new one.