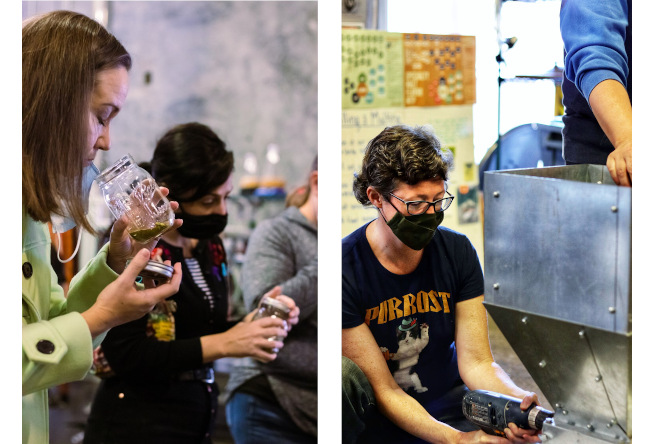 Diversity, Equity, and Inclusion (DEI) is a hot topic in the craft beer world these days. And it should be! There are entire groups of people who are underrepresented in the industry and it is right, and valuable, that those of us in the industry work to change that fact.

In the past, I’ve told you about The Mosaic State Brewers Collective, which is working to promote diversity in the craft beer industry. It’s a collaborative effort involving partners from multiple breweries. Silver City Brewery, working of its own accord, is making its own strides in the right direction. Femme Ferment is the brewery’s educational series that promotes the role of women in the actual beer-making process. Here’s more about the program, straight from the brewery. It includes info about how you can get involved in the next series.

New Educational Series is focused on Female inclusion in the Brewing Industry.

The aptly named “Femme Ferment” series is a labor of love from the Women of Silver City Brewery. Femme Ferment is a hands-on brewing class for Women interested in joining the Brewing industry or who have a passion for learning more about the brewing process.

As a means to encourage more accessibility and gender diversity in the brewing industry, Silver City Brewery has cultivated a 5 part series to break down the brewing process and allow hands-on education for Women, by Women. From malt and hop sensory to milling and fermentation, each class builds upon the last and leads up to a group brew day that will put the culmination of beer education to practical use. Classes include guest speakers such as Seattle Beer School’s Shawna Cormier and Jess Keller Poole who lead the first installment and Rikki Welz an Advanced Cicerone from Iron Horse Brewery who was the October guest speaker. Each session ends with a social hour in the beer garden, because when you share a beer you create a community. https://www.seattlebeerschool.com/

Their hope is to promote more inclusivity and diversity in brewing hobbyists as well as professional brewers.

While the current series is almost fully booked, they will be creating a waiting list for additional classes if you’re interested in participation. Email inquiries to rfojtik@silvercitybrewery.com