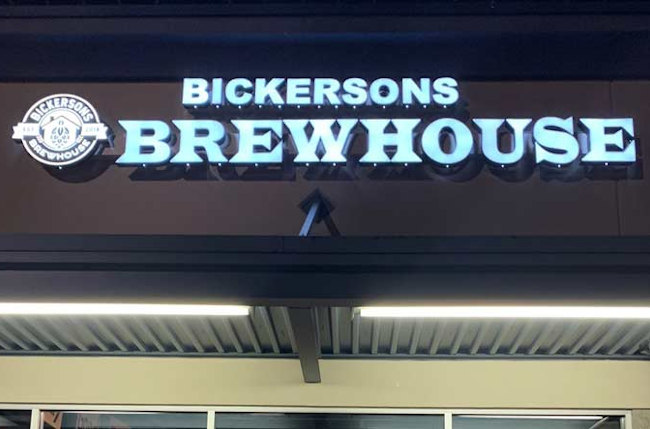 Bickersons Brewhouse is one of a handful of local breweries that opened in the months leading up to the pandemic. They were just getting their wheels underneath them, earning their place in the community, and then boom… a sudden punch to the gut. But the brewery survived and even flourished, exiting the dark times even stronger.

I first visited Bickersons Brewhouse in January 2020 right before the sewage hit the windmill. See that story. During and since all this nonsense began, I’ve visited a few times: love the place, super-nice people, really good beer. Most recently, I reported that Bickersons was one of the local breweries that earned recognition at the U.S. Open Beer Championship.

We are excited to be celebrating our 2nd year anniversary this November. November 9th is our 2nd anniversary but it lands on a closed Tuesday.  We have decided to do a multiple-day event/beer release to celebrate 2 years together.

Friday, November 5th we will have Street Cheese Pop up selling charcuterie plates and cheese – https://www.instagram.com/streetcheesesea/

Thursday, November 11th – Trivia 7-9pm,  which will be a recurring Thursday event (minus Thanksgiving)

*Please note the King County mandate regarding proof of vaccination is in effect to sit inside – thank you for your cooperation.
We’re trying to remember those of you whose cards/pictures of cards we’ve already seen, as to not ask multiple times.