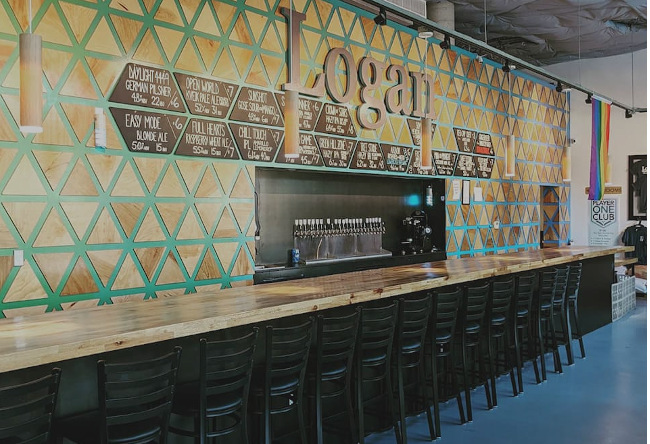 Welcome to July 4th weekend 2021. First of all, drink at the bar. I mean, in a barstool, belly-up to the actual bar. Look at all those barstools just waiting for your beer-drinking butt! Why sit at the bar? Because you can! Restrictions lifted, bar seating now open. I have some advice for doing it right in the post-pandemic world. I have some other thoughts about what and where to drink beer this weekend.

Potlatch Brewing in Hoodsport, WA – As I recently reported, a new brewery just started pouring beer in Hoodsport, on the shores of Hood Canal. Cody Morris is well-known to serious beer geeks around Seattle, but what he’s doing at his new brewery is a bit different than what he’s done in the past. It is worth the road trip.

And while you’re out that direction, hit up Yoked Farmhouse and Brewery, which opened in late 2020. It is on a lovely farm between Port Orchard and Gig Harbor. The beers are excellent, the atmosphere is bucolic. Highly recommended.

Down in Tacoma, Camp Colvos Brewing just opened a new taproom this week. The Vashon Island brewery opened its satellite location in downtown Tacoma’s Brewery Blocks development. They have a bar and you can sit at it. Sit at the bar. Beer and hand-crafted pizza await.

The masks are off and the brewery taproom is open. A large bar with lots of bar seating awaits. Bar seating. Bar seating.

Logan Brewing’s flagship IPA, Metagame IPA, has always been good, but it was recently retooled a bit. It was never intended to be a Hazy IPA, and it wasn’t. It was more like an IPA that was a bit hazy. Now, it is not hazy at all, and whatever tweaks they made vastly improved the beer. It is as good an IPA as I’ve had in quite some time. I mean that in all sincerity. Not joking. Really, really good.

All of Logan Brewing’s beers are lovely and I am guessing you haven’t been there yet, so consider making the trip to Burien.

Whatever you drink and wherever you go, have a fun and safe holiday weekend.

1 thought on “What and where to drink this weekend: July 4th edition”