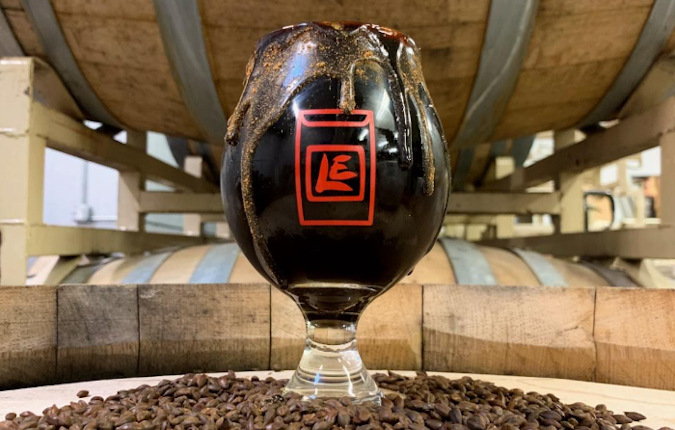 Seattle’s Lucky Envelope Brewing is poised to release four new seasonal beers over the next two weeks. One is a draft-only product while the others are available on draft and in cans. One of the beers is already on tap at the brewery’s taproom in Ballard. None of them are your run-of-the-mill, expected styles of beer; rather, they are creative offerings to excite your palate. Here is all the release info from the brewery.

Description: This beer is inspired by the ancient Mesoamerican bitter drinking chocolate made from crushed cocoa beans. Our Xocolatl Imperial Stout features the decadent, deep cocoa flavors of our whiskey barrel-aged Imperial Stout infused with green chilis and a touch of cinnamon for a unique intensity.

Description: Světlý Ležák 12° was brewed in reverence to the original pilsner, using traditional floor-malted Bohemian pilsner and hopped with herbaceous Saaz throughout the boil. Seattle water closely mimics the beautifully soft water of Plzeň which produces a rounder mouthfeel than traditional German pilsners. Světlý Ležák directly translates to “light lager” and 12° (degrees plato) indicates the strength of the beer. We are privileged to collaborate on the design and production of this Czech-inspired Pilsner with all-knowing lager expert (and BFF!) Annie Johnson. Her insight and knowledge of everything beer has been instrumental in Co-Founder Barry’s development as a brewer.