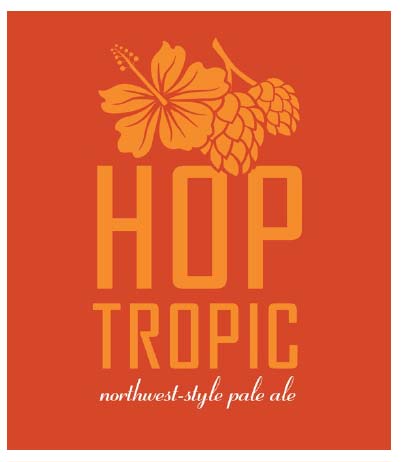 No one should be surprised that Zeeks Pizza teamed up with Reuben’s Brews to create a house beer. More than most pizza places, Zeeks is pretty danged serious about beer.

“Over the past few years, I have worked closely with suppliers and distributors to create a seasonally rotating craft lineup that features beers from the Northwest,” says Tommy Brooks, who buys the beer and wine for Zeeks Pizza’s seven Seattle locations. He’s a certifiable beer geek, describing himself as a serial beer traveler and WABL member. “Our lineup won’t always rival [Seattle’s top beer bars], but I think it’s pretty good for a pizza joint.”

He’s right. Zeeks commitment to beer is pretty good for a pizza joint. Especially at the location atop Queen Anne Hill, which opened last August and is the most beery of all Zeeks. They even offer growler fills, which just makes sense if you’re ordering your pie to go. You’ll typically find a dozen regional craft beers on tap along with a couple of ciders.

Today, there are seven locations in Seattle, and five more Zeeks franchises on the Eastside. Zeeks began serving pizza to Seattleites in 1993 from its original location at the base of Queen Anne Hill and has grown in parallel with the local craft beer industry. So, like I said, no one should be surprised that Reuben’s Brews is brewing a beer exclusively for Zeeks. Here’s the press release from the brewery.

Collaboration beer will be exclusively available at Zeeks Pizza restaurants

SEATTLE, WA. (Mar. 4, 2015) Reuben’s Brews and Zeeks Pizza today announce the launch of a new collaboration brew, “Hop Tropic!” This will be exclusively available at all Zeeks Restaurants in the Seattle area and Bothell, as well as the Reuben’s Brews taproom.

“We are incredibly excited for this opportunity,” said Adam Robbings, Co-founder and Brewmaster of Reuben’s Brews. “Zeeks Pizza has supported us from very early on, and were humbled when they asked us to brew a house beer for them! It was an awesome experience to work with the Zeeks team to craft a great northwestern style beer to pair with their delicious pizza!”

Hop Tropic will hit Zeeks Pizza taps on March 12 with a launch party at the Queen Anne restaurant (1915 Queen Anne Ave N) at 6pm.  A rare keg of “Blimey That’s Bitter!” will be pouring as well as Hop Tropic, and the Reuben’s and Zeeks teams will be there to chat about the delicious new brew.

Tommy Brooks, Zeeks Director of Operations, said, “Zeeks is dedicated to having a strong and inviting craft beer selection at our restaurants, and so when we had the opportunity to collaborate for our house beer we couldn’t refuse. We are big fans of Reuben’s and it was a lot of fun for the Zeeks team to be involved and even help brew this first batch!”

Hop Tropic is a light, refreshing pale ale that edges into IPA territory. With a nose of passion fruit, grapefruit, guava and tangerine, Hop Tropic has a medium-light mouth feel, with a little caramel and a creamy body to support the hop profile and balance the finish. It comes in at 6.2% ABV and 48 IBUs.