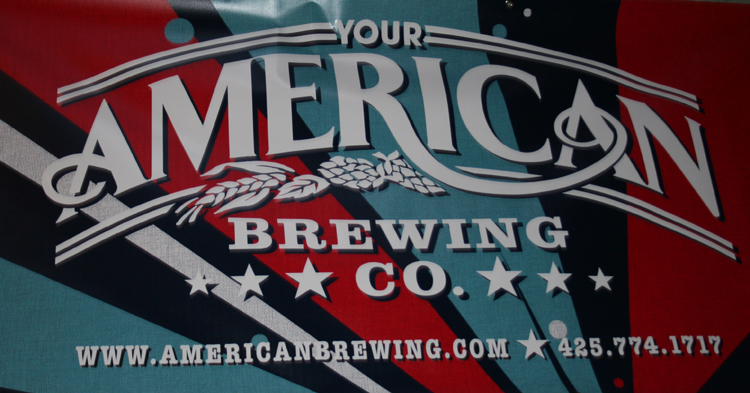 Skip Madsen, Brewmaster at American Brewing Company, is about to release an Imperial IPA. Now that have your attention, here is the rest of the story.

American Brewing Company opened in February 2011 and quickly gained a reputation for producing beers that were both high character and crowd-pleasing. It is hard to imagine anything else with Skip Madsen manning the brewhouse. In the beer business, reputation begets responsibility and American Brewing quickly found itself operating at full capacity, brewing Breakaway IPA, Caboose Oatmeal Stout and American Blond as fast as it could to satisfy public demand. Not too long ago they managed to add one more beer to the lineup:  Pipers Scotch Ale.

Anyone who knows Skip, or is familiar with his brewing career, understands that he has a lot of creative muscle that needs flexing. Somewhere in the busy brew schedule, Skip and his crew recently found time to brew some one-offs and test batches. Over the course of the next several weeks, American Brewing will release these special beers at the Breakaway Room in Edmonds, the tasting room at the brewery. Here’s the schedule.

New Release Wednesdays at the Breakaway Room. Each Wednesday at 6:00 p.m.

August 29, “Irish I Was” Irish Red: This beer represents a pro-am collaboration between Skip Madsen and amateur brewer, Heather Erickson. It is also an entrant in the Great American Beer Festival’s Pro- Am competition in Denver (October 2012).

September 19, Imperial IPA: Among all the great beers that Skip has brewed over the years, he once told me that his personal favorite was the Imperial IPA he brewed at Boundary Bay Brewing. Now, Skip is introducing an Imperial IPA at American Brewing. Limited release; hopheads, do not miss it.

September 26, German-Style Marzen: Just in time for Oktoberfest!  A malty sweet ale with clean hop bitterness will be the perfect way to kick start the month of October and the fine traditions of celebrating great fall beers!