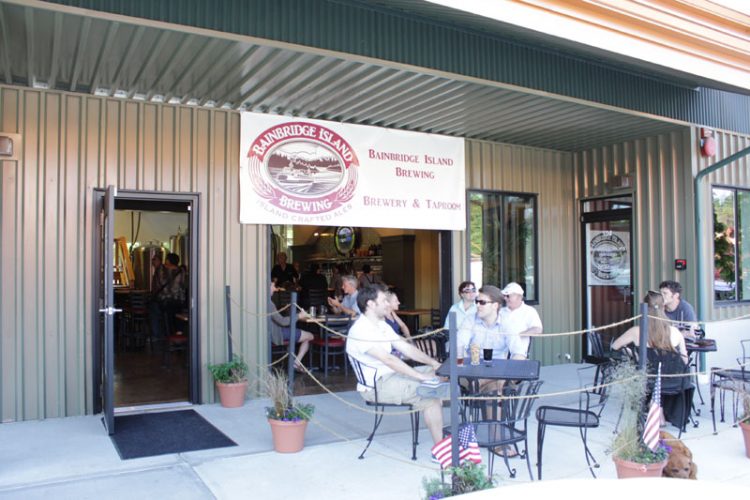 By my reckoning there are now more than 170 breweries in Washington. I just added a few new breweries to the list, removed some dead weight, and cleaned a few things up (name changes and such). Some of the breweries I mention below are not exactly brand new, but I haven’t really talked about them here on the blog so that makes them new enough. Some of the stuff I mention below is not exactly breaking news. Again, it probably will be news to most people.

You might be wondering exactly how I do my reckoning, so I will explain. The state publishes a list of licensed breweries. Unless I can prove that a brewery is NOT brewing beer, they are on my list. Admittedly, my list includes some very small breweries and some breweries that only brew on occasion. They are licensed, and as far as I can tell, they do make beer. This is far from an exact science. How ever you do your counting, the number changes on a regular basis.

Of course you may disagree with the way I count breweries. That’s fine. Like I said, it’s not an exact science. I do not claim that my number is the “official” number. Whatever that means. And I may have missed something. Feel free to leave comments and tell us what you know.

Updates to our listing include the removal of Slip Point Brewing (Clallam), Olde World Brewing (Langley) and Xela Brewing (Chehalis).

Reuben’s Brews is now on the list. I have followed the progress of Reuben’s Brews ever since brewer/owner Adam Robbings won the People’s Choice Award (as a home brewer) at the PNA Winter Beer Taste in 2010. The victory helped fuel a desire to go pro. They are putting the finishing touches on the brewery and tasting room and are now successfully brewing beer. They plan to open to the public on August 5. Given the location in Ballard, and the level of anticipation, I am guessing that the grand opening event will be very well attended.

Bainbridge Island Brewing Company is now open for business. We missed the grand opening last month but we stopped by recently and can report that it is excellent. The brewery and the taproom are beautiful. As the pictures prove. Russell Everett (brewer/owner) is already pumping out some seriously tasty beer. As far as we can tell, his brewery has already been fully embraced by the locals.

If you want to drink beer brewed by St Helens Brewing Company, you will probably have to visit Toledo, WA. I am sure that many of you did not even know that Washington had a Toledo. I’m guessing Harry’s Place in Toledo would be a good spot to drink St Helens’ beer. According to their blog, St Helens Brewing is selling beer at Camas Produce in Camas, WA.

The aptly named Backwoods Brewing is now on the list. The town of Carson is between White Salmon (Everybody’s Brewing) and Stevenson (Walking Man Brewing) on the Washington side of the Columbia River. I know that Carson is a very small town and I know that they have a spa with geothermal hot springs. Other than that, I don’t know much about Carson except that they now have a brewery. According to the Backwoods Brewing Facebook page, the company will soon announce its grand opening.

Good things are happening in Port Angeles when it comes to beer.

Twin Peaks Brewing and Malting Company is a new brewery on the outskirts of Port Angeles. The same person who owns Peaks Pub, which is a brewpub in downtown Port Angeles, owns Twin Peaks—the likable, enigmatic, and gregarious Ed Smith. (Ed is simply awesome.) At the pub, Ed was brewing on a two-barrel system that was largely home-fashioned. He has upped the ante and now has a much larger, commercial brewery. Ed is not exactly a digital sort of fella, so don’t expect to learn too much about Twin Peaks Brewing or Peaks Pub online.

Barhop Brewing has a new tasting room in downtown Port Angeles. Well, okay, we admit that it has been open for a year, but it’s new to us. Kim (Mrs. Beerblog) was just there for the first time the other day. This brewery is joined at the hip with Port Angeles’ Harbinger Winery. The brewery is located at the winery outside of town and the tasting room is located downtown. Barhop poured at this year’s Bremerton Summer Brewfest, by the way.

Dungeness Brewing is in the works and very near opening. This will be a production-only brewery in Port Angeles. We will keep you posted as their plan progresses.

What’s in a Name?

Not too different, Northern Lights Brewing changed its name to No-Li Brewhouse. As we reported in April, the name change comes with a new partnership and a desire to achieve wider distribution for the Spokane brewery’s beer.