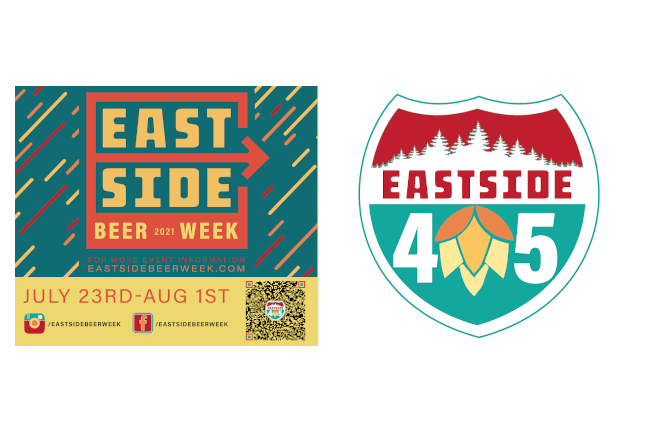 Breweries up and down the I-405 and I-90 corridors invite you to join them as they celebrate Eastside Beer Week. From Duval and Carnation to Bellevue and Renton, from Woodinville and Bothell to Issaquah and Redmond, and all points in between, a flurry of events are planned for your beer-drinking enjoyment. It all kicks off with the release of the official Eastside Beer Week (EBW) beer.

As we crawl our way back to normal, Eastside Beer Week may look a little different than the first year (2019), but there is still plenty of stuff happening. The festivities runs from Friday, July 23rd thru Sunday, August 1st. The official release party for the EBW Beer is on Saturday, July 24th at Crucible Brewing’s location in Woodinville.

Here is a preview of just a few of the events planned for Eastside Beer Week this year:

There are a lot of other events planned. Take a deeper dive into the events calendar on the official EBW website.

The official EBW Beer, dubbed The Better Half, was brewed at Crucible Brewing’s location in Woodinville in collaboration with Imperial Yeast and Skagit Valley Malting.

It is described as a smooth hazy pale with juicy notes of pineapple, apricot, peach, and berries. The hop bill includes Bru-1, El Dorado, and Mosaic hops. Skagit Valley Malting provided its Pilot pale malt, oats, and wheat. Imperial Yeast provided its A38 Juice yeast. The beer clocks in at 5.5 percent ABV.

The Better Half Hazy Pale Ale will be available at a number of locations starting on Friday, July 23rd. There is a beer finder page on the EBW website.

The Eastside Beer Week is a grassroots community partnership focused on celebrating Eastside craft beer and fostering a culture of giving that strengthens our neighborhoods. The Eastside is not only a home for a growing and diverse group of craft brewers, but it is also a destination for craft beer enthusiasts. Learn more about it all here.