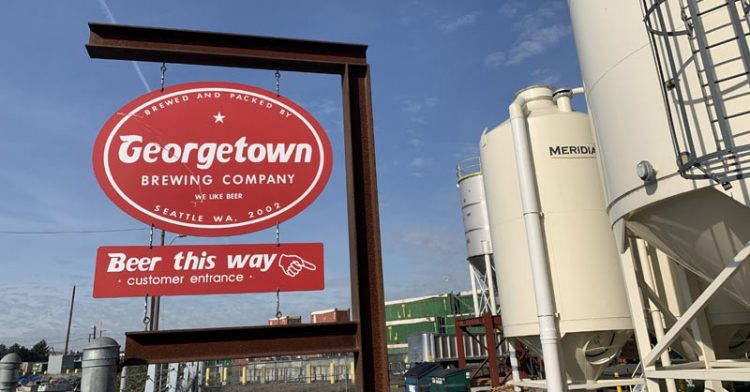 Georgetown Brewing has now opened its expanded tasting room and is serving full pours of beer. For local beer lovers, this is very exciting, long-awaited news.

If you want to see an awesome display of a brewery’s success, visit the Georgetown Brewing retail facility in Seattle on a Friday afternoon. Even though they’ve offered nothing but tiny tastes of beers until now, the number of growlers-to-go and kegs-to-go that walk out of the building is amazing: a constant stream of thirsty beer lovers that endures for hours.

Erstwhile, Georgetown Brewing was never a destination for people looking to enjoy a pint or two of beer. Other than those shot-sized tasters, it was a purely grab-n-go experience. Very quietly, that changed the other day when Georgetown Brewing’s new, expanded tasting room earned final approval from city officials after nearly a year of work. In addition to the new indoor space, there is a beer garden out front, though it currently appears something of a work in progress. Buy your beers at the bar and go find a place to enjoy it. 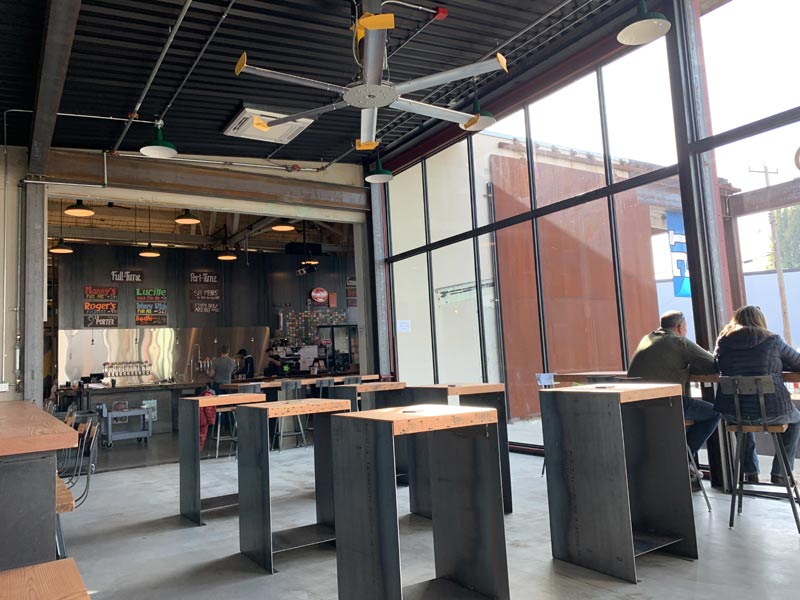 For beer enthusiasts, perhaps the greatest reward in visiting the taproom is the chance to sample one-off, experimental beers. Everyone knows the core lineup (Manny’s, Roger’s, Bodhizafa, Lucile…), but the tasting room always offers a more robust sampling of the brewery’s work. I’m talking about beers you’ve never heard of and may never hear of again. A lot of them! Many (most) of these beers are tapped at the tasting room exclusively. In other words, its a dream come true for all of you inexhaustible UnTappd badge hunters. 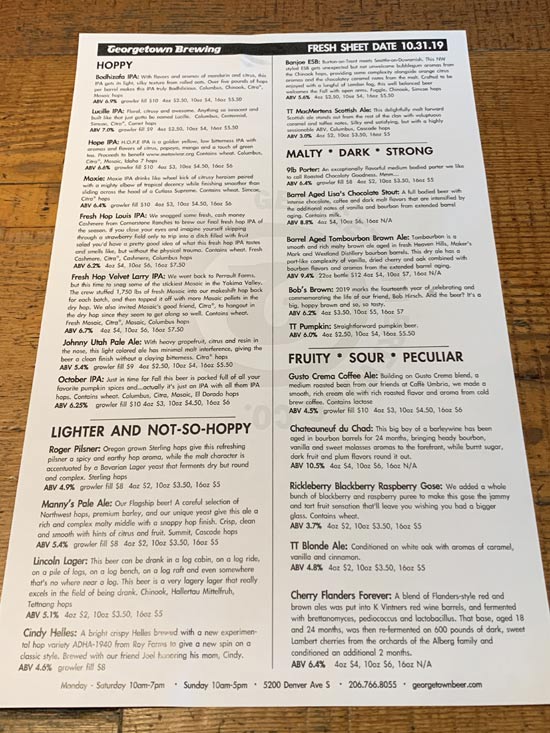 Most local beer lovers know the whole story behind Georgetown Brewing. I won’t reiterate that here except to say that opening a full-blown taproom was probably never on their minds when Roger and Manny first hatched the idea of opening a brewery 16 years ago. Then again, they never intended to package their beer in bottles or cans either. Roger and Manny, who founded the brewery, are nothing if not deliberate. Nothing happens by accident at Georgetown, so I’m sure that this taproom expansion was a very carefully considered next step. 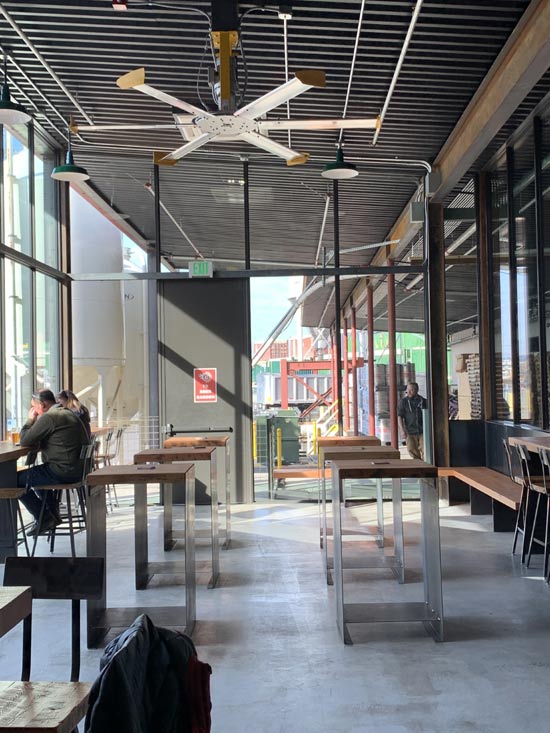 At this time, the taproom still shuts down early, so this is not a place where you’ll linger late into the evening. It is pretty much the same as it has always been, but with full pints and a place to enjoy ’em. And open on Sundays!