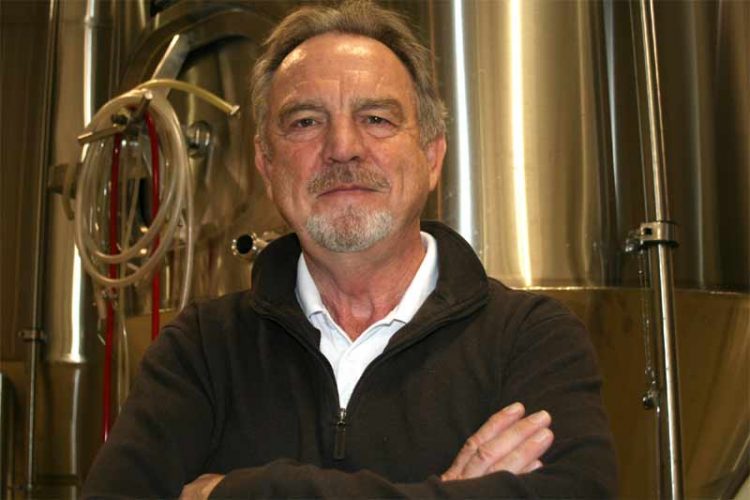 A couple years ago, the phone rang. It was my brother, who said, “I’m in Phoenix this week and I’m having a beer with a guy who says he knows you. You’ll never guess who it is.”

I smiled and got excited. “Put George on the phone,” I replied, figuring that it was George Hancock, a Washington beer legend who relocated to Phoenix a few years back. He told me all about his new brewery and I promised to come down to visit, sample his beers and share a pint or three. Sadly, I missed my chance to keep that promise. George Hancock passed away last night.

The world of craft beer is in mourning today after learning of the passing of George Hancock. Last night, surrounded by his family and loved ones, George passed away in Phoenix after a battle with bladder cancer. He was 71 years old. The picture above courtesy tucsonsentinel.com.

Another George Hancock, the founder/owner of Maritime Pacific Brewing, is doing just fine.

George Hancock emerged as a force on the Washington beer scene back in the early 1990s when he and his partners purchased Hart Brewing Company and renamed it Pyramid Brewing. With his vision, Pyramid grew into a large regional brewery, first by building a production brewery and restaurant in Seattle’s Stadium District, and later by building another similar facility in Berkeley, California in 1996. A brewpub was added in 2002 in Walnut Creek, California. Since George’s departure from the company about seven years ago, a lot of turbulent water has passed under the bridge at Pyramid.

Around 2008 George divested his stake in Pyramid Breweries and left his Chairman position at the Washington Beer Commission, returning to his “other career” in marine electronics. But the brewery bug was strong in George’s heart and in 2011 he moved to Phoenix and started another brewery, The Phoenix Ale Brewery, with his close friend Greg Fretz. His partner passed away in 2012 but George kept their dream alive and this year the Phoenix Ale Brewery is scheduled to open a pub to compliment their production brewery.

In 2007 George received the FX Matt Defense of the Small Brewing Industry Award from the Brewers Association, in part for his wisdom and leadership in developing the Washington Beer Commission. In fact, the Washington Brewers Festival (aka the Father’s Day Beer Festival) was named by George: “The Mother of All Brewers Festivals.”

At this Saturday’s Washington Cask Beer Festival, the Washington Brewers Guild will hoist a special toast to George Hancock and all that he’s meant to the world of craft beer.

Big thanks to Drew Cluley, head brewer at Beardslee Public House, for sharing the sad news and some of the info above.