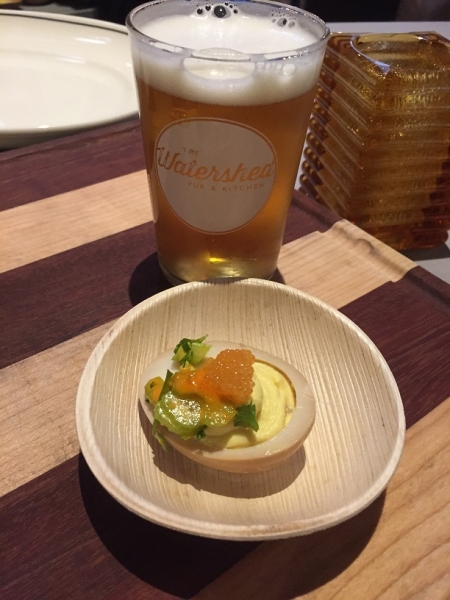 On Wednesday, October 21 the Washington Beer Blog welcomed nearly 300 guests to enjoy the 5th Annual Craft Beer +  Food event. A dozen local breweries were partnered with a dozen local restaurants and food purveyors to present a roomful delicious beer and food pairings. The event was a fundraiser for Washington Wild, a Seattle-based organization that works to protect and preserve the state’s wilderness areas. This year’s event raised over $9,100 for the cause.

Big thanks to all of are participants and guests. Special shout-out to Tom Douglas Restaurants, whose catering staff once again did a masterful job of providing us with a comfortable and elegant event space: the Palace Ballroom in downtown Seattle.

We’ll be back again next year for sure. Once again, we expect the 2016 event to sell out quickly. To stay in the know, follow Craft Beer + Food on Twitter @CraftBeerFood. Or just keep an eye out for information on the Washington Beer Blog.

Below, a photo gallery from the event, with pictures by Mark B. Bauschke Photography. Below that, the Brewery + Food pairings from Craft Beer + Food 2015:

Brewmaster’s Bakery + PostDoc Brewing
Cram Session Coffee Porter paired with Espress-O Yo’ Self Granola (using the same blend of coffee as the beer) topped with a handcrafted Cram Session infused marshmallow and a side of Cram Session Syrup.