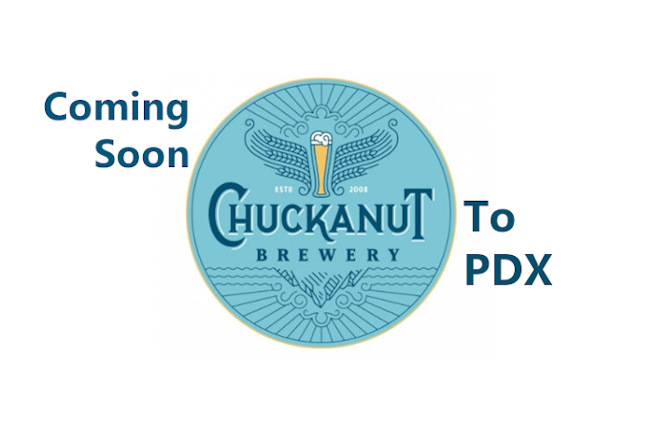 Chuckanut Brewery, the award-winning brewery noted for making some of the finest craft lagers in America, recently announced that it will open a third location. Get ready, Portland, you’re in for a treat. Though beer lovers in The Rose City may already be familiar with Chuckanut’s award-winning beers, they’re about to get a lot of them.

In the coming months, Chuckanut Beer Hall will open in Southeast Portland. The location at 920 S.E. Caruthers Street is not far from some other popular beer destinations, like BeerMongers, Apex Bar, and Baerlic Brewing.

“We were offered a space within the building of our distributor, Day One Distribution, down in Portland,” says Mari Kemper, one of the founders and owners at Chuckanut Brewery. “Oregon has been a huge supporter of Chuckanut and we know so many brewers down in Portland and the surrounding area we thought it would be fun to get something going there.”

Portland beer geeks may already know this, but it bears mentioning. Kevin Davey of Wayfinder Beer and Josh pFriem of pFriem Family Brewers both spent time brewing for Chuckanut Brewery before they opened their own breweries.

“We are super stoked to be in a beer city that understands and enjoys the beer we make!” said Mari. “Our Chuckanut Beer Hall, also known as P Nut, is long and narrow like a beer hall in Germany so we plan to have some communal tables, a small meeting room, and lots of outdoor space in the parking area adjacent to the building.”

Portland’s Chuckanut Beer Hall will have at least ten of the brewery’s beers on tap at any given time. Likely, guest beers as well. The final details are still coming together as the company navigates Oregon’s liquor laws.

What they do know is it will be at least four months or more before the new Portland beer hall opens for business. Also, they know that this will be the only place in Oregon where consumers will enjoy such a large selection of Chuckanut beers.

“We’ll probably have 70-80 seats indoors like our Washington spaces and a good amount of tables outside,” said Mari. “We love Portland and have lots of old and new friends down there.”

No doubt, once the Chuckanut Beer Hall opens in Portland, they’ll make even more friends.