This is the third installment in our Columbia Gorge Brewery Tour series.
Previous posts in this series:
Beer Trails: Columbia Gorge Brewery Tour.
Beer Trails: Vancouver – gateway to the Gorge.
From Vancouver, Highway 14 (the Lewis and Clark Highway) winds its way east along the Washington side of the Columbia River, passing through small, historic towns. It affords you some spectacular views of the Columbia River Gorge as it takes you to the towns of Stevenson and White Salmon – the destinations in this Beer Trails installment, as we visit Walking Man Brewing and Everybody’s Brewing.
Walking Man Brewing
Leaving Vancouver, we ignored the GPS and opted to take the more scenic route to Stevenson. Highway 14 might be slower, but the views of the gorge are amazing. Curves, cliffs, and all, it’s a quick jaunt up the river to Stevenson (about an hour). Stevenson is a very small town and Walking Man’s pub is very popular. At 3:30 on a Friday afternoon, we were lucky to get seats at the bar. Soon thereafter, the entire place was packed and there were no more seats to be had. This is the place to be in Stevenson. The pub is in the basement of the building. Outside, there is a lovely, rustic beer garden that is much more natural than many beer gardens – this isn’t a roped-off area of a parking lot. There’s grass beneath your feat and bushes at your side. Kim has visited Walking Man Brewing in the summer and she assures me that the beer garden is very popular on warm, sunny days, which are common in Stevenson during the heated months.
The Walking Man theme is everywhere – the familiar pedestrian crossing sign with a beer in hand (familiar to most craft beer aficionados, anyway). The accessibility sign is a similar drawing of a person in a wheelchair with a beer. The handcrafted, wrought iron bar stools include the walking man logo cut into the seat backs. Everything about this pub feels handcrafted and home spun. If you are looking for a bathroom, you will have to decide whether you are a dreamer or a reader, not a man or woman. The two bathrooms are unisex. The pub is warm, cozy and friendly. It’s the kind of place you do not want to leave: you just want to sink deeper and deeper into your seat and your next beer. The food menu includes pizza and very little else, but beer is the real focus here.
Most of us up here in the Puget Sound region are familiar with Pale Strider (pale ale), Homo Erectus (imperial IPA), and Knuckle Dragger (strong pale ale), but Walking Man has a lot more to offer than that. We ordered the complete sample platter. The High Road Scotch Ale was outstanding. The aptly named Old Stumblefoot Barleywine was a favorite as well. I am not normally a fan of fruited beers, but even I liked the Black Cherry Stout.
If you are a fan of Walking Man Brewing, you will be amazed at the diminutive scale of the operation given the impressive stature of the beers they produce. Jacob Leonard, brewer at Walking Man, greeted us and gave us a tour of the brewery. We talked to Jacob a couple of days before we arrived. He informed us that Friday was a better day for us to visit. Saturday was going to be a brew day. Now we understand why he didn’t want us around when they were actually brewing. There isn’t room for visitors on a brew day.


The Walking Man brewery is nothing if not efficient. They do amazing things in the space they have. As any truly decent, dedicated and kind brewer will do, Jacob offered us a couple of samples straight off the tanks. We like that. We sampled some of the brown ale, which was still a bit green, but is coming along nicely.
“We’d like to make it up north for the brew festivals in the Seattle area, but it’s not easy,” Jacob tells us. “We’re a small business and it’s logistically difficult. I’d like to be at those events not just to turn people on to our beers but also to enjoy other people’s beers.”
We assured him that the people of the Seattle area would love to see more of Walking Man and pledged to do what we could to help him find volunteers to pour at festivals and places to crash that don’t cost a fortune.
Each year, in June, Walking Man hosts the Blues, Brews and BBQs festival in Stevenson. Great music, great beer, barbequed food, and a free campground. We’ve been told it is an excellent reason to visit Stevenson. I mean, if visiting the Walking Man brewery isn’t enough of a reason for you.
Walking Man Brewing
240 SW First Street
Stevenson WA 98648
(509) 427-5520
map
www.walkingmanbrewing.com
Closed Mon & Tue
4-9 Wed through Fri
3-9 Sat
3-8 Sun
EVERYBODY’S BREWING
Another 30 minutes east of Stevenson on Highway 14 is the town of White Salmon, WA directly across the river from Hood River, Or. The town is actually just a touch north of the highway. Don’t worry. You’ll find it. Just head up the hill into “downtown” White Salmon.
We recently reported that Everybody’s Brewing (open as a pub for the past 13 months) was now brewing beer. Doug Ellenberger and Christine McAleer opened Everybody’s Brewing fully intending it to be a brew pub, but a few roadblocks slowed the process of reaching their ultimate goal.

“We’ve had a few delays along the way,” Christine explains. “Including the fire next door that burned an art gallery and some apartments to the ground. That was a close call.”
In July 2009, everything finally came together and they began brewing beer. Doug is the brewmaster. His career as a brewer began in Lafayette, Indiana at the Lafayette Brewing Company. He later moved west where he worked for Full Sail. Most recently, Doug worked for Point Blank Distributors in Portland—a company focused on distributing local beers. Christine has always worked in the service industry as a server and a manager. She manages the front-of-house, Doug manages the brew house.

“We have a 17-barrrel system,” Christine says. “Doug has decided that it’s better to grow into the system than to just jump straight in and start brewing at full capacity. So we’re bringing things along at a controlled pace. We’ll start distributing before too long.”
When we visited, they had brown ale, porter, pale ale, ESB, two different IPAs, and an oatmeal stout on tap. They also had a beer that they called Common Ale, which was hoppier than many breweries’ IPAs. That one was my favorite. Many of the beers we sampled were first batches. Christine told us that Doug still had to do some dialing in to get some of his recipes in sync with the new 17 bbl brewing system.
Could have fooled us. We thought all of the beers were excellent.
They also have a few other craft beers on tap, mostly from other local breweries. Furthermore, they offer Hamm’s on tap. This is, after all, White Salmon.
The pub is in the center of historic downtown White Salmon. Perched on a hillside a few hundred feet above the river, the pub affords visitors an amazing view of the Columbia River gorge and Mount Hood. They have a large deck with plenty of seating to take advantage of the amazing view.

In its previous lives, the building has been a sporting goods store, an Odd Fellows hall, and who knows what else. Completely remodeled, the space now offers tons of natural light and a lot of wood – beautiful old wooden posts and beams surround you. There is even a full-sized shuffleboard for your gaming pleasure. The remodel makes the space feel new and clean yet there is still plenty of rustic charm.
The food menu consists of salads, sandwiches, burgers, burritos, and seasonal entrées. This is not typical pub grub. For example, how does pumpkin lamb curry or wild mushroom stroganoff sound? Or perhaps some pulled pork nachos. They offer house smoked chicken after 3:00 pm.
And finally… the burger! Kim and I opted to share the hamburger “XXX style.” This big juicy burger included Munster cheese, pickles and peanut butter. It is not something you would think of ordering unless someone recommended it. We are recommending it. It sounds a bit funny, I know, but you just have to trust us. This is a seriously good burger. With sweet potato fries on the side, you cannot go wrong.
Everybody’s Brewing frequently has live music on the weekends. It’s a fun place. I cannot adequately describe the view from the deck. You must see it. Like the Columbia River Gorge in general, it is breathtaking.
Everybody’s Brewing
151 E Jewitt Blvd.
White Salmon, WA
509-637-2774
map
www.everybodysbrewing.com
Tues through Sunday – Noon ‘til close.

Zeeks is opening a location in Spokane on Feb. 9th
Camp Colvos Brewing - free tater tots and a second location in Tacoma
The Top 10 Beer Stories of 2020 That Aren't About You Know What
sponsor 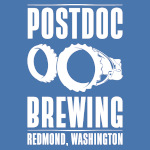 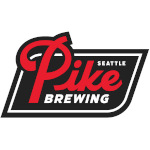 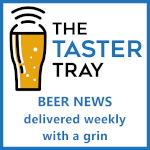 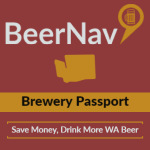