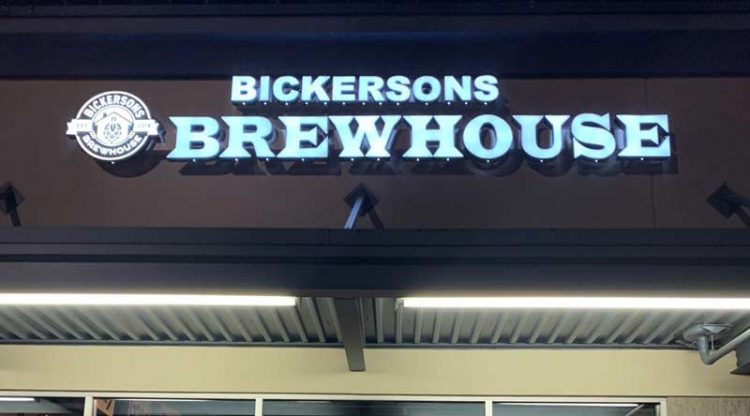 Bickersons Brewhouse opened a couple months ago in Renton, Washington. The brewery with taproom is located at the corner of NE 4th Street and Duvall Ave. NE, a major intersection in the eastern part of the city, an area often referred to as the Renton Highlands. It is located in a space previously occupied by a Starbucks store. We stopped in yesterday for a visit. Here’s what we found. 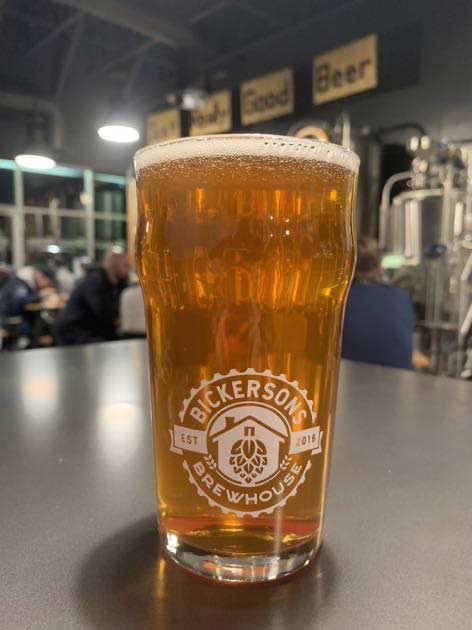 Bickersons Brewhouse is located in a small shopping mall, home to the local QFC and other businesses. Although they do not serve food, you are welcome to bring it with you and there are plenty of nearby options, like a Jersey Mike’s and a teriyaki joint that are right next door, not to mention Ezell’s Chicken and Sing Tong Thai right across the street. The taproom is all-ages and welcomes well-behaved, leashed dogs. 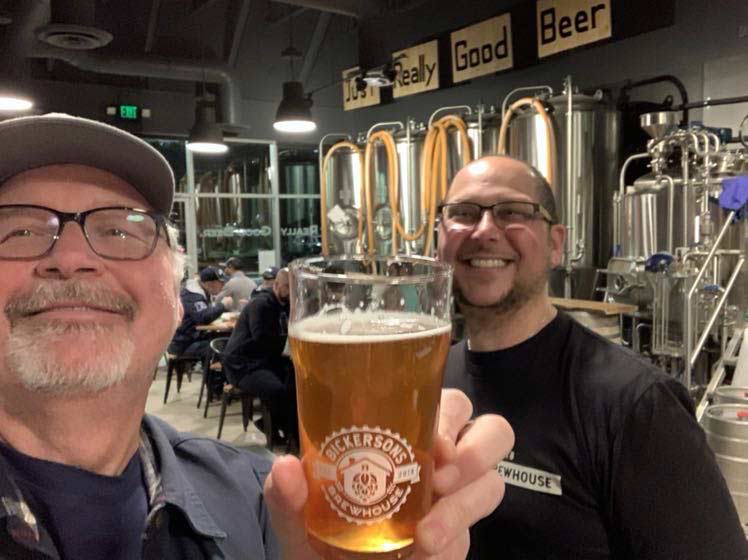 Frank and Shaunn Bickerson were behind the bar serving a thirsty crowd but made time to give us some background info about the brewery bearing their name. For those who remember the very first Reuben’s Brews location in Ballard, this place will seem a bit familiar. Turns out, in a previous life, Frank Bickerson (brewer/owner) worked at T-Mobile alongside Adam Robbings of Reuben’s Brews. Adam was happy to lend some advice and expertise as the Bickersons built their own brewery. 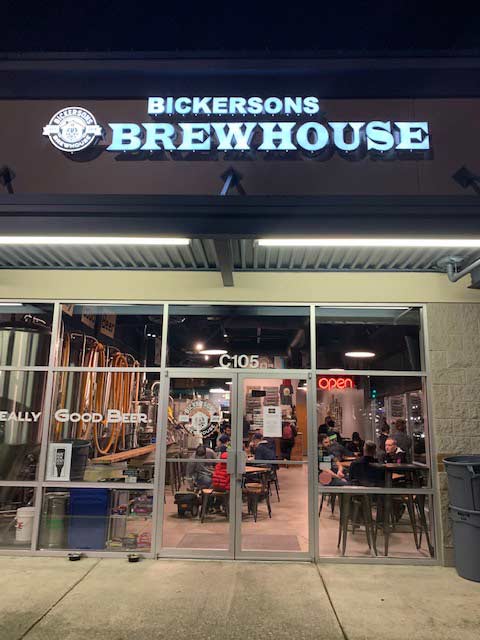 Like the very original brewery and taproom at Reuben’s, Bickersons Brewhouse is a convertible affair. The brewery and the taproom share space, with some of the taproom furniture getting pushed aside on brew days. You are literally drinking in the brewery itself. Also, like the early days at Reuben’s, there was a roggenbier on tap. Along with that, a coconut porter, a couple of IPAs, a pale ale, and some other beers.